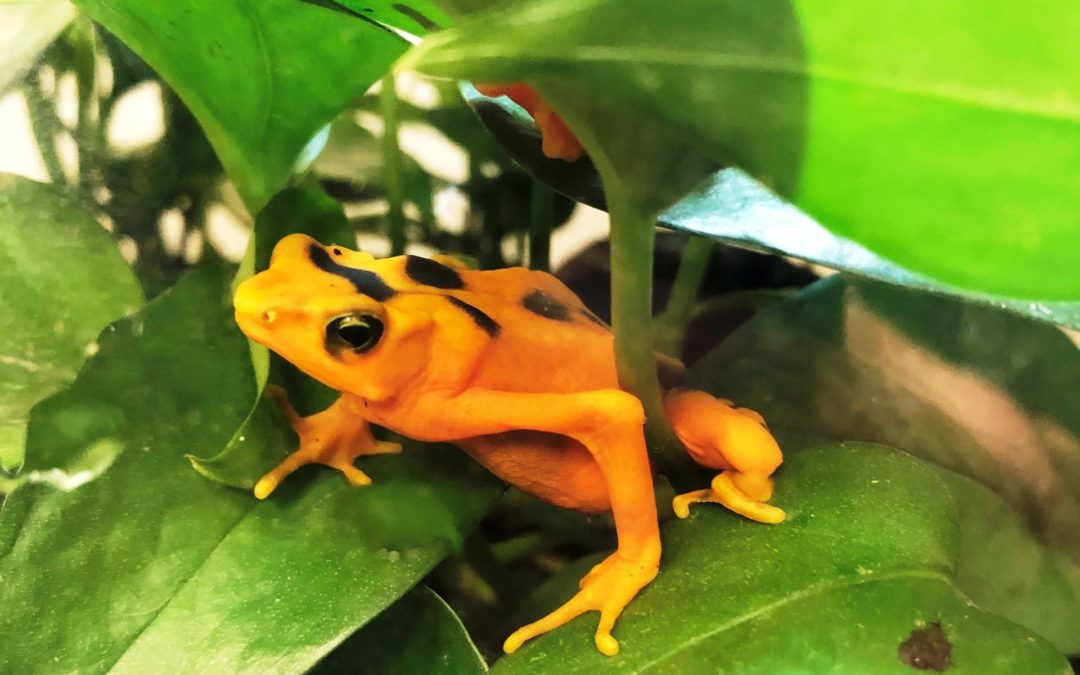 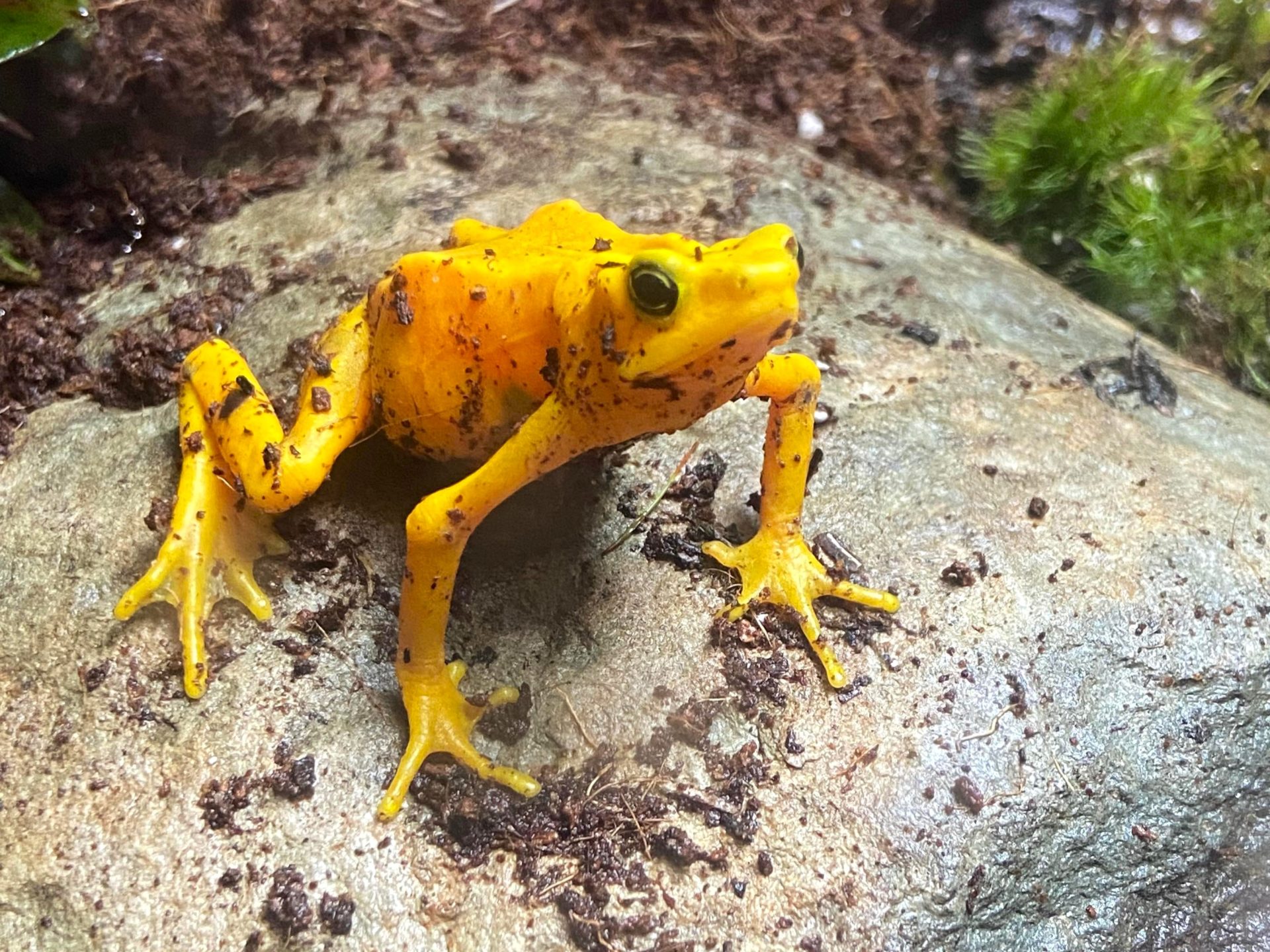 There are new faces in the Buttonwood Park Zoo admission’s building – the critically endangered Panamanian golden frog. These five females, who arrived from the Nashville Zoo in Tennessee in the winter of 2021, have recently taken up residence in one of the terrarium habitats in the admissions lobby of the Zoo.

Panamanian golden frogs exhibit a unique behavior only seen in a few frog and toad species called ‘semaphore’ – a type of sign language – to signal to each other. They will “wave” their hands or raise and move their feet to defend their territory, try to attract a mate, or even to greet one another.

Panamanian golden frogs are critically endangered and haven’t been seen in the wild since 2009. Scientists believe that an infectious disease called chytridiomycosis, coupled with habitat loss and pressure from the illegal pet trade have caused the drastic decline in populations – an estimated 80% in the last 10 years.

“Conservation is at the heart of what we do here at BPZOO,” says Director of Conservation and Community Engagement, Josh Thompson. “Amphibians are disappearing from our planet at an alarming rate – one that far exceeds the rates of birds and mammals – and this worldwide decline is so dramatic, it is being referred to as the Global Amphibian Crisis. BPZOO is participating in a Species Survival Plan® program, or SSP, and hopes to receive a breeding recommendation in the future so that we can contribute to the assurance population of these toads in human care and avoid the path to extinction.”

The goal of an SSP is to cooperatively manage animal populations to ensure the sustainability of a healthy and genetically diverse population while enhancing the conservation of this species in the wild. This is critical for species such as the Panamanian golden frog. BPZOO is now participating in 35 AZA Species Survival Plan programs.

Zoo admission is not required to view these amphibians, or the four different species of poison dart frogs, who reside in the terrarium next to them. 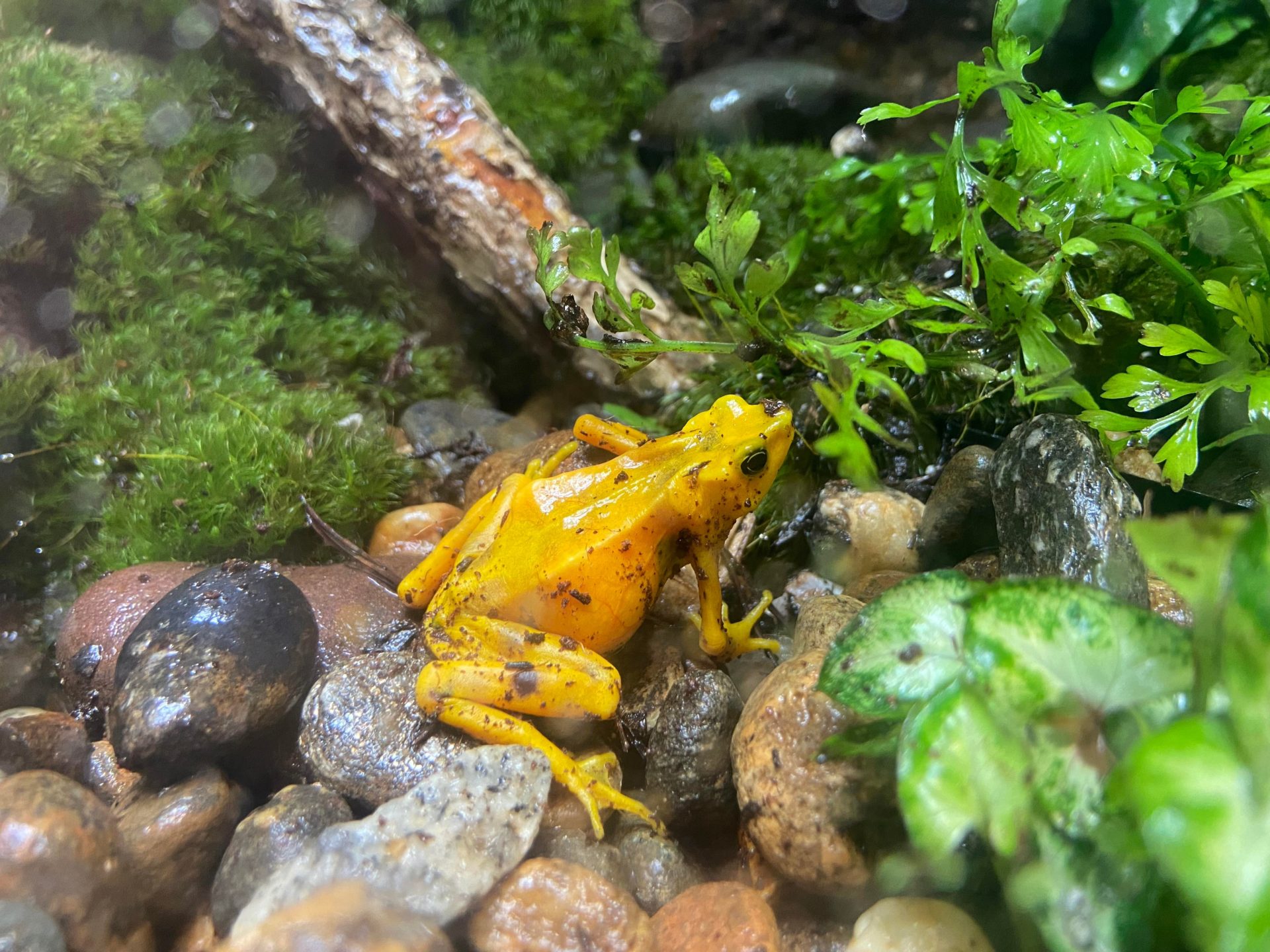