If there is one thing that can spark joy in 2020, it’s a baby – or in the case of Pepper and Jack, an adult pair of bearded emperor tamarin who call Buttonwood Park Zoo home – two babies! Four year-old Pepper, BPZOO’s female bearded emperor tamarin, gave birth to her second set of twins on October 13, 2020. These babies came one year, almost to the day, of their older siblings Brie and Gouda, who were born at BPZOO on October 20, 2019. 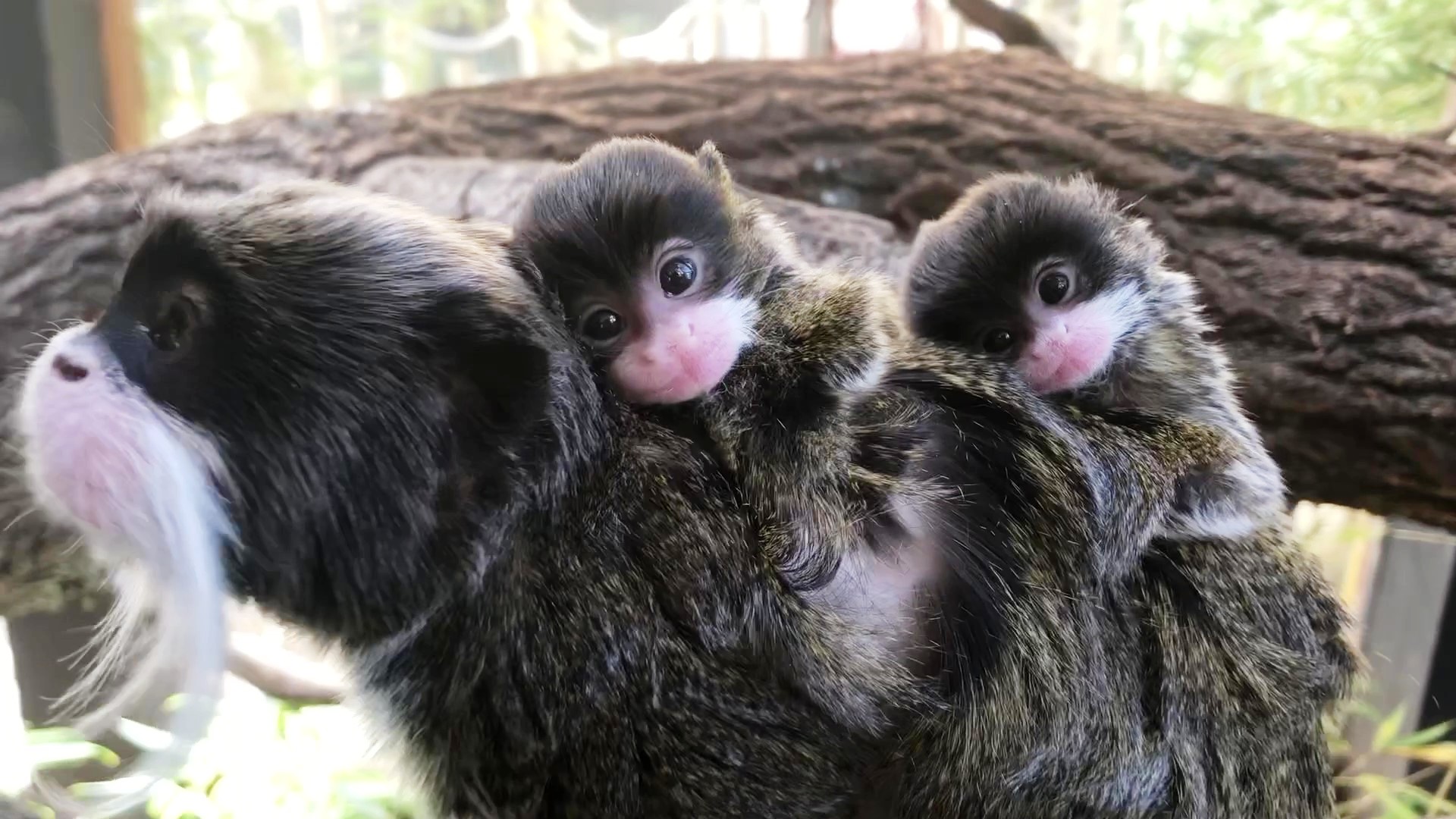 While Zookeepers were able to track Pepper’s first pregnancy through weight checks, they knew much more about her second pregnancy, thanks to the ability to perform an ultrasound. This important veterinary monitoring takes time, trust and skill to develop and the process began the moment Pepper arrived from the Twycross Zoo in the United Kingdom in 2018. Positive reinforcement training for husbandry and veterinary management allows BPZOO staff to provide the highest quality of animal care and it ranges from something as simple as an animal approaching a keeper to take food to scale training, crate training, injection training and beyond. With respect and trust between the animal, and their keeper, the capabilities are endless in what can be achieved – including performing ultrasounds on a bearded emperor tamarin throughout her second pregnancy! 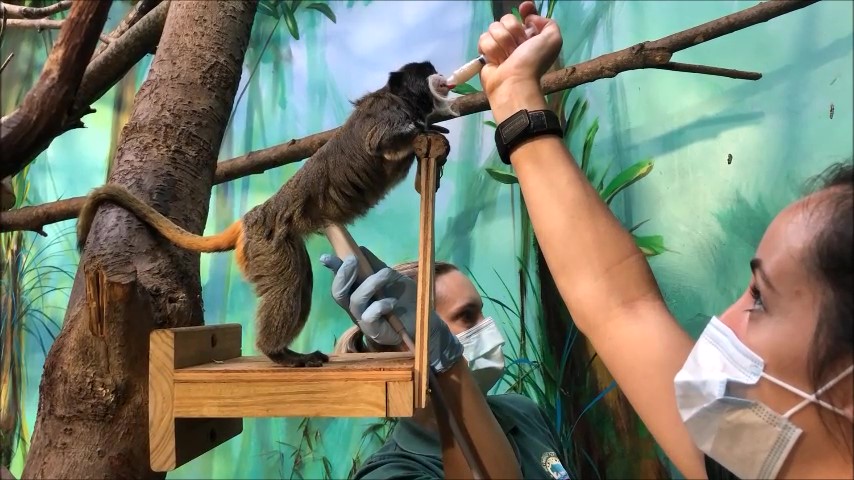 “With the opening of the Zoo’s Rainforests, Rivers & Reefs exhibit in 2017, the Zoo has been very successful in creating stimulating, natural environments for its many species of small South American primates and this has resulted in several important births“, said Keith Lovett, BPZOO Director and Chair of the Association of Zoos and Aquariums (AZA) New World Primate Taxonomic Advisory Group (NWPTAG). “All of the primates at the Zoo are managed as part of AZA Species Survival Plans including the bearded emperor tamarins and these births will help improve the genetic diversity of this population of primates that continues to decline in the wild.”

Native to Bolivia, Brazil, and Peru, these small, tree dwelling monkeys reside in lowland tropical rainforest, typically between 80 – 95 feet elevation and their diet consists of tree sap, fruits, insects, and eggs. While they are not currently endangered, rapid deforestation, infrastructure construction and popularity within the illegal pet trade may threaten this species in the near future. Currently, there are only 31 bearded emperor tamarins at 10 AZA institutions – including the 6 residing in New Bedford. 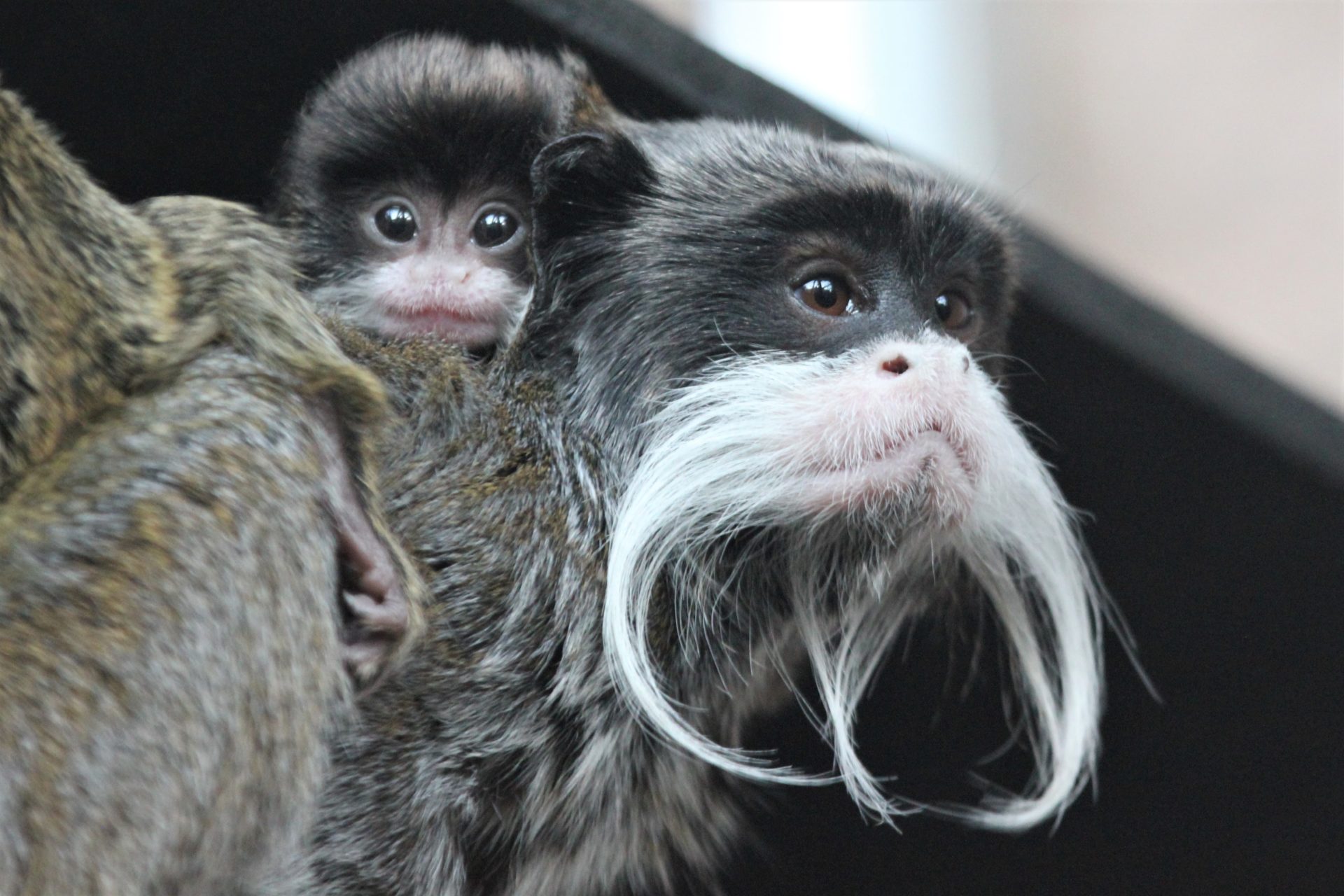