The Buttonwood Park Zoo is sad to announce the passing of one of our most iconic animals – a 21-year old black bear named Amy. Diagnosed with chronic kidney disease in November of 2019, veterinary staff had been managing her condition with medical therapy and a specialized diet. Over the last week staff became increasingly concerned when she stopped eating and it became apparent that she was no longer responding to treatment. The Zoo’s care team made the difficult decision to humanely euthanize her. A necropsy was performed and confirmed chronic, end-stage kidney disease.

“One of the most challenging parts of working in a Zoo is the end of life decisions we need to make with our animals,” said BPZOO Director, Keith Lovett.  “We approach many aspects of these decisions on a scientific level, but at the end of the day we have strong emotional connections with these animals and having to say goodbye is incredibly difficult.”

Amy is one of three black bears that came to live at BPZOO in 2000. After being orphaned in West Virginia, she was sent to the Staten Island Zoo in New York, before finding a home here in New Bedford with fellow black bears, Ursula and Toby.

Amy’s long time keepers remember a sweet, gentle bear. She was often referred to as their “little princess” because of her daintiness. Amy was smaller than Ursula and Toby; quieter and on the shyer side.

Kristy Kaeterle, BPZOO’s Senior Zoo Keeper, remembers Amy’s gentleness. “She would gently take her favorite treats – like blackberries, jelly and honey – even in the fall, when the bears are extra hungry. And when she painted, she would make the most perfect little paw prints.” 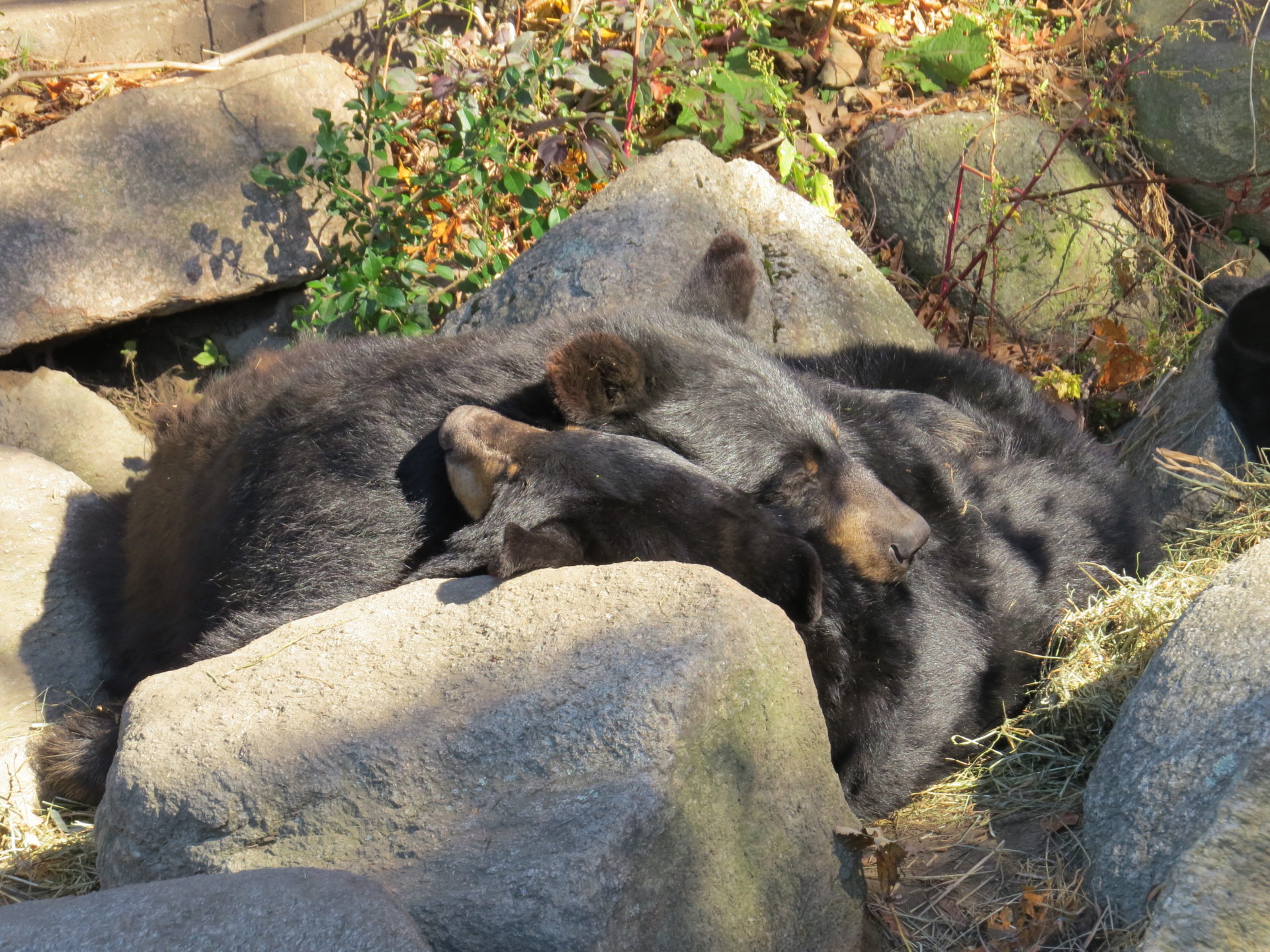 From herbal supplements for joint health, to diet modifications and intestinal protectants, BPZOO vet staff goes to great lengths to keep our large geriatric population healthy. In addition to regular wellness screenings that include bloodwork, vaccines and whole body radiographs, keeper staff modify training, enrichment opportunities and even an animal’s habitat to ensure they remain active and comfortable in their golden years.

“Modern zoos are dedicated to providing the highest quality of care at every stage of an animal’s life.  Geriatric care is part of what we do here at the Zoo and we are focused on ensuring the comfort and welfare of all of our animals,” said Lovett.