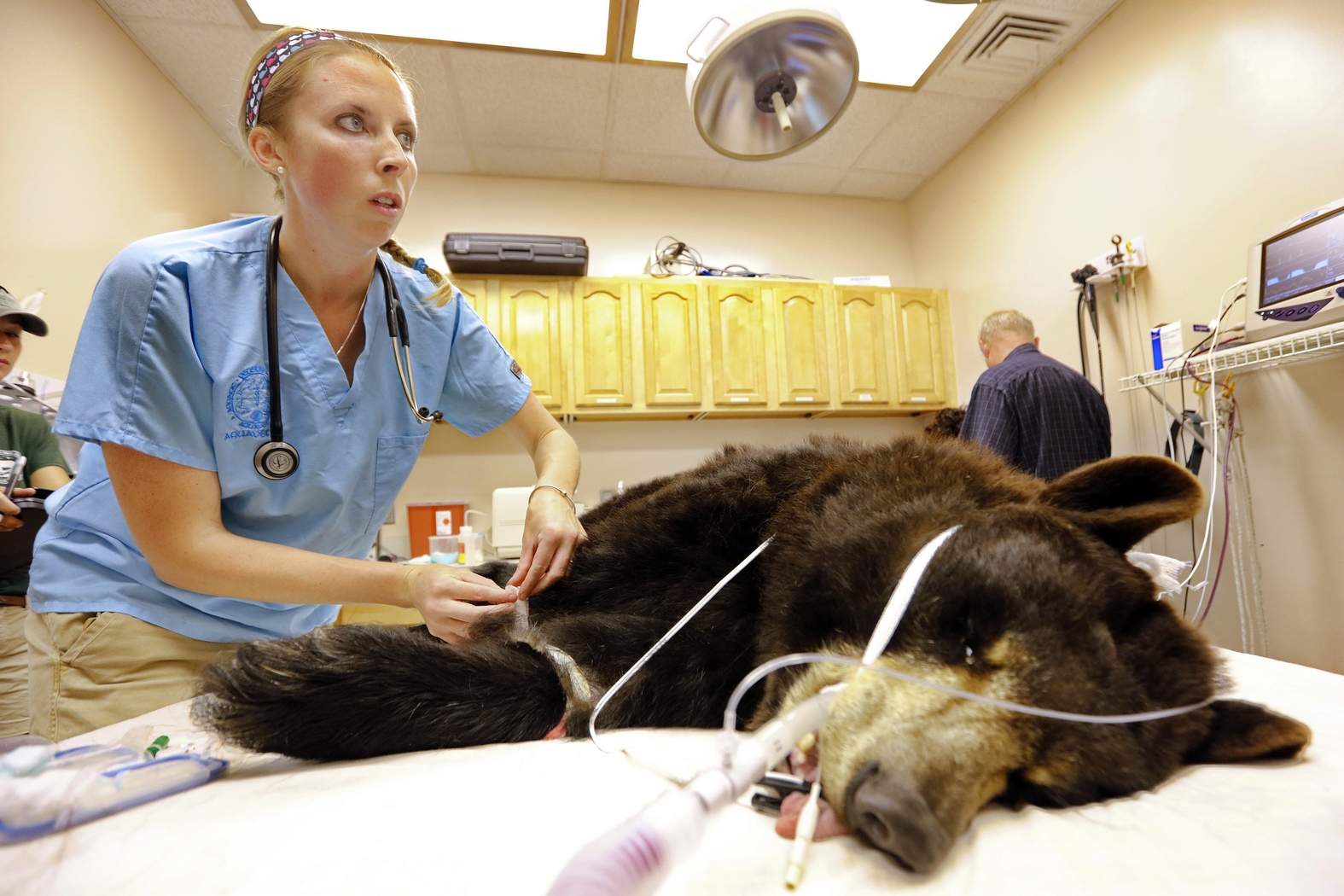 NEW BEDFORD — It was a bear of a task but it had to be done.Intubated with monitors beeping and her tongue lolling out, Ursula lay anesthetized, her furry chest heaving as she underwent tooth surgery Friday.It’s not too different from a root canal you would have, staffers said, except that Ursula is one of three black bears at the Buttonwood Park Zoo, which makes it a whole different challenge.“Outside of anesthesia, It’s physically demanding because it’s a