A Baby Sloth at BPZOO!

They say the best things come to those who wait – and after waiting approximately 11.5 months, there is a baby sloth at BPZOO! Born on June 22, 2021 to first time parents, 12-year-old female Sandy and 20-year-old male, Bernardo, this Hoffman’s two-toed sloth baby is the first to ever be born at BPZOO in its 127-year history. 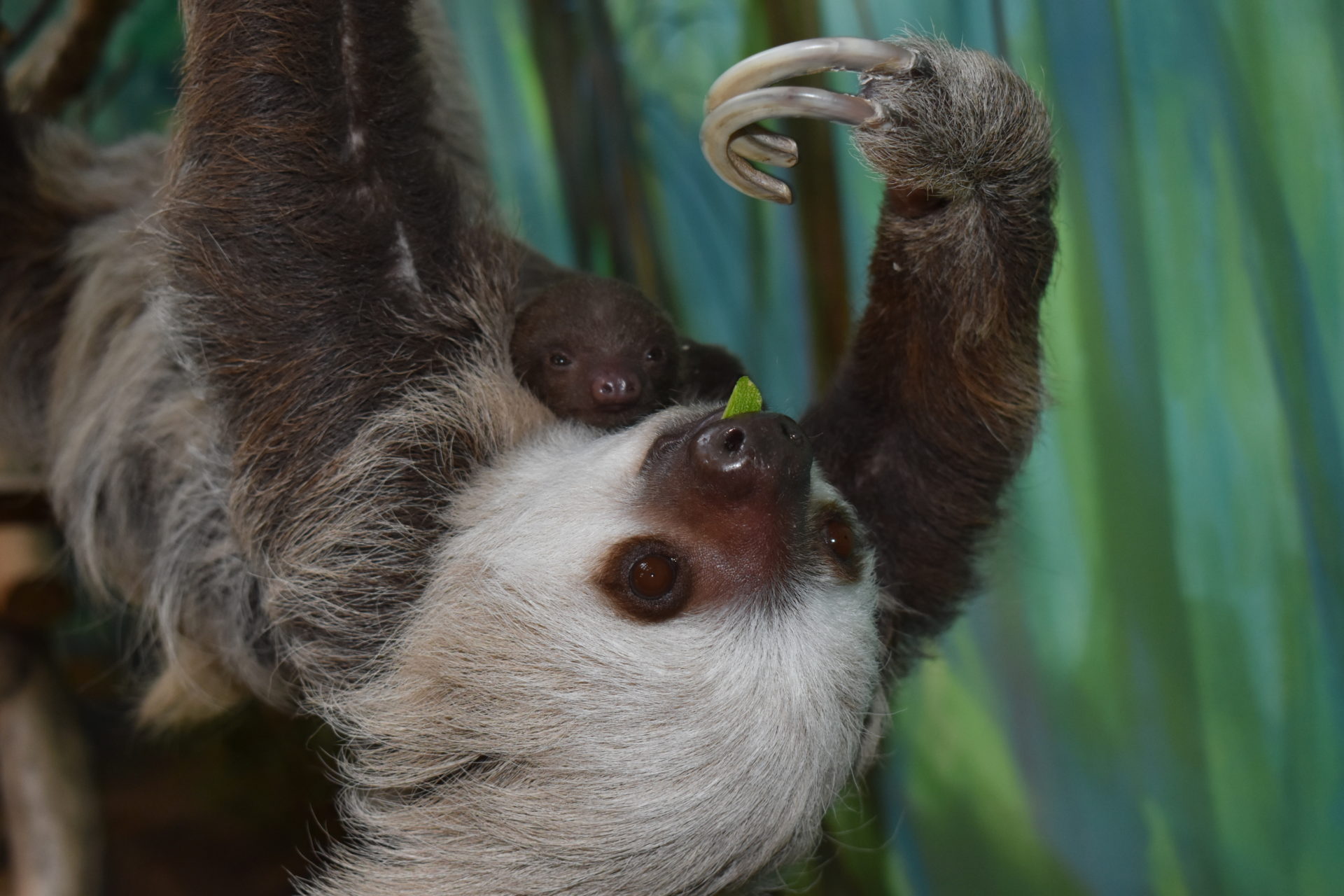 BPZOO’s veterinarian, Dr. Erica Lipanovich, examined the baby at six days old. “Since this is Sandy’s first birth, we wanted to give her plenty of space to bond with baby before we performed an examination. We were able to quickly examine the baby at six days old, where it weighed in at 348 grams (roughly 0.76 pounds) – both baby and mom are doing exceptionally well.”

Sloths do mostly everything upside down high up in the trees – eat, sleep, mate, and give birth – lowering to the ground only to defecate. For months, after confirming pregnancy as part of this animal’s regular ultrasound exam training, Zookeepers were carefully monitoring and awaiting this monumental birth, eagerly checking on Sandy every morning. They were ecstatic to discover the tiny baby – born fully eared, eyes open and able to climb on the morning of the 22nd. The baby will cling tightly to its mother’s fur, and young sloths remain near their mothers for around a year. Zoo staff will continue to monitor the baby’s growth with weekly weight checks and will eventually determine the sex, which can be an incredibly tricky process in sloths .

“Sandy is doing a great job,” said Jessica Martinho, one of the Zookeepers who cares for the sloths. “She is sleeping and eating; the baby is nursing – both are doing exactly what they should be doing.” 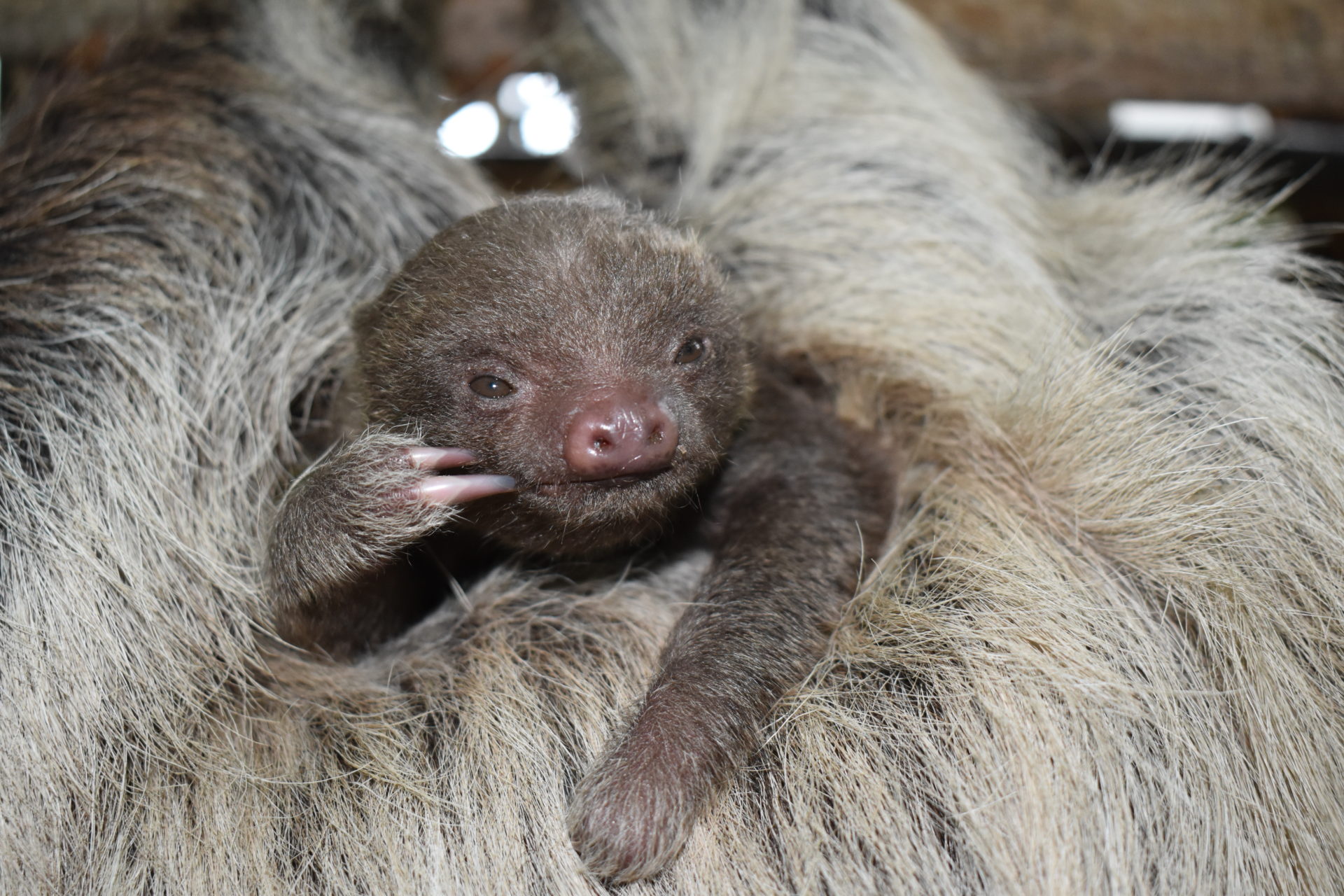 Bernardo, Sandy, and baby are three out of 77 Hoffman’s two-toed sloths at 34 AZA institutions. Buttonwood Park Zoo proudly cooperates with other members of the Association of Zoos & Aquariums to manage the zoo population of this species through the Species Survival Plan while enhancing the conservation of this species in the wild.

When discussing the first sloth birth in the Zoo’s history, BPZOO Director, Keith Lovett expressed how pleased he was to share this birth with the entire community. “Sloths are one of the most popular species at the Zoo and bringing additional awareness of these unique, fascinating animals will help further educate our audience to the importance of conserving wildlife.”

BPZOO offers a daily “Keeper Chat”, an opportunity to learn more about these slow-moving animals, at 10:00 am in the Rainforests, Rivers & Reefs building (face coverings are required to enter this building). The Zoo is located at 425 Hawthorn Street in New Bedford and is open from 9:00 am until 5:00 pm daily throughout the summer. 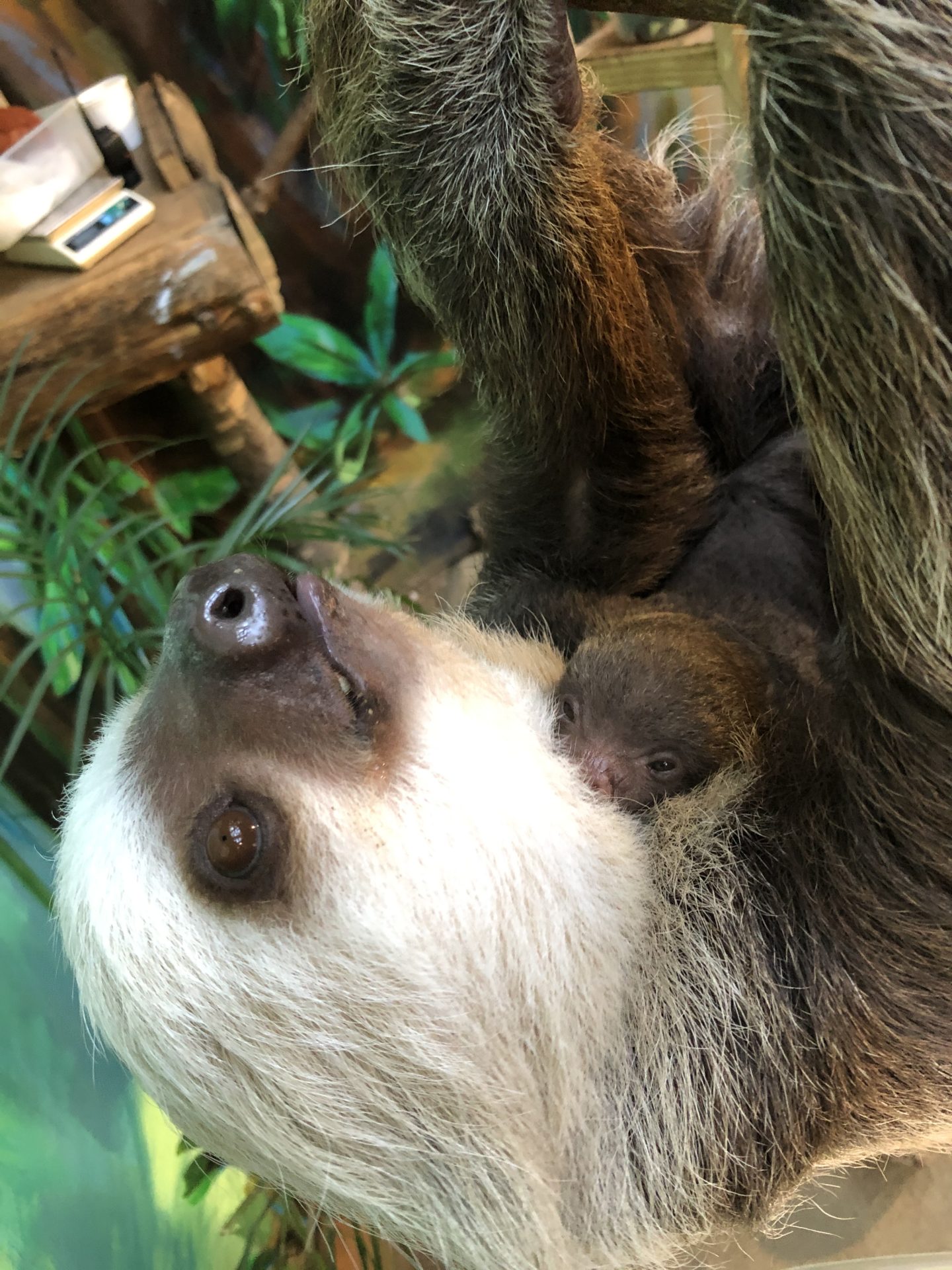 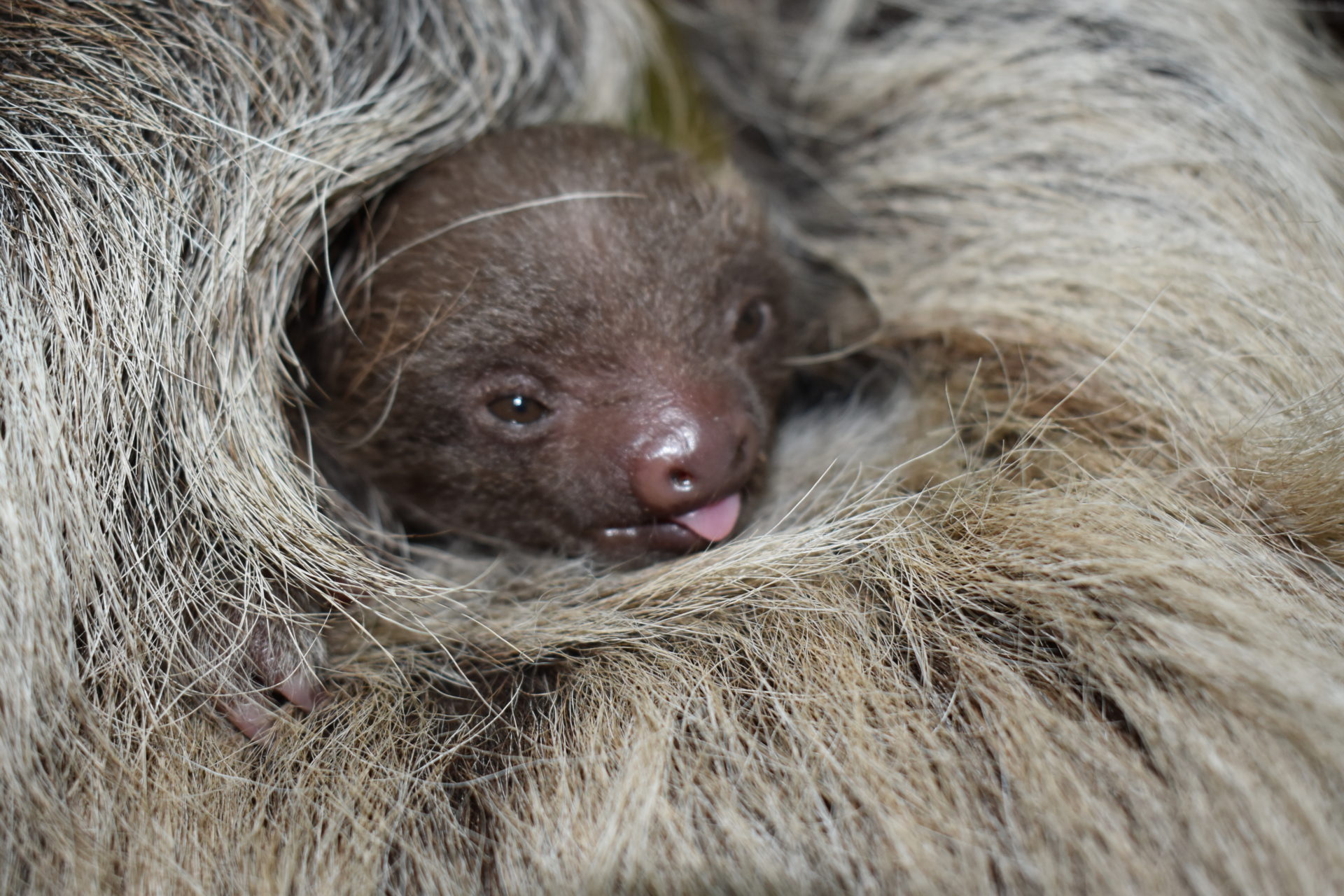 Hoffman’s two-toed sloths, Choloepus hoffmanni, are native to Costa Rica in lower Central America, across Panama, northwestern Colombia and Ecuador, and into portions of Peru, Brazil, and Bolivia. Currently listed as a Least Concern species according to the International Union for Conservation of Nature, Hoffman’s two-toed sloths do not have any major threats at the global level. However, subpopulations in the northwestern part of its range, especially in Colombia and Central America, are declining due to severe habitat degradation and fragmentation. Wild-caught individuals, especially offspring, are sold as pets to tourists in Colombia. This illegal trade is increasing and represents a cause of concern due to its impact on the wild population. Two-toed sloths may live around 20 years in the wild and over 40 years in a zoological setting. This herbivorous, nocturnal mammal has been exhibited in AZA zoos since 1946.