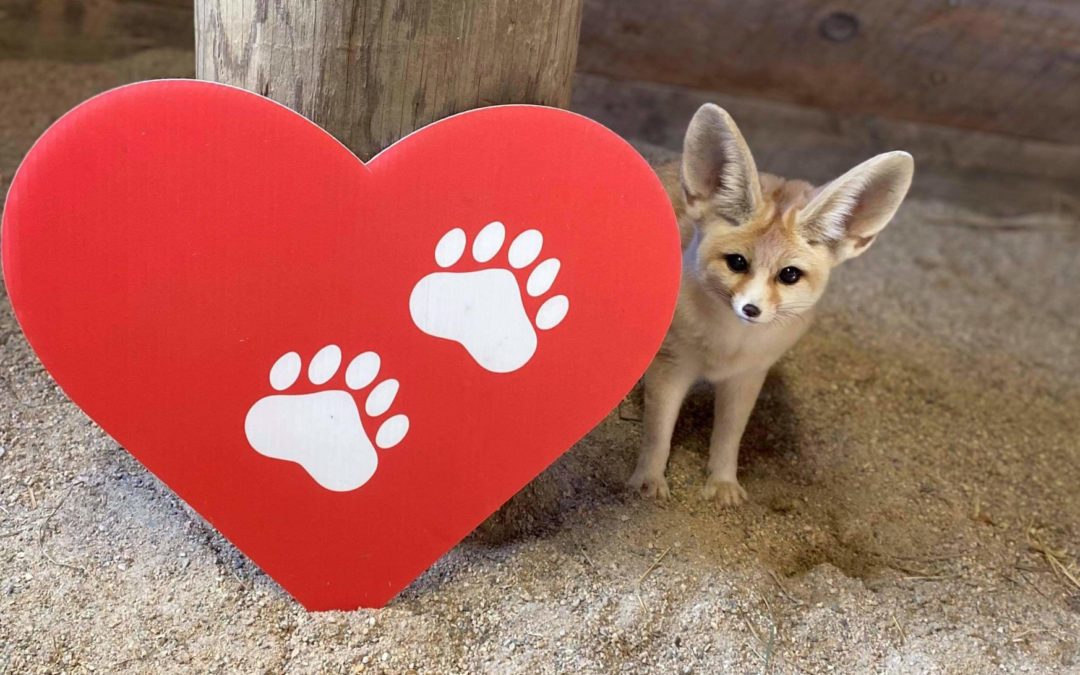 Buttonwood Park Zoological Society is asking the SouthCoast to “Share the Love” this winter, with a fundraiser launching Thursday, January 14, 2021. Funds raised between then and Sunday, March 14, 2021 will help ensure that Buttonwood Park Zoo remains a bright spot for families across the SouthCoast while continuing to provide world-class education, conservation and animal care programming. 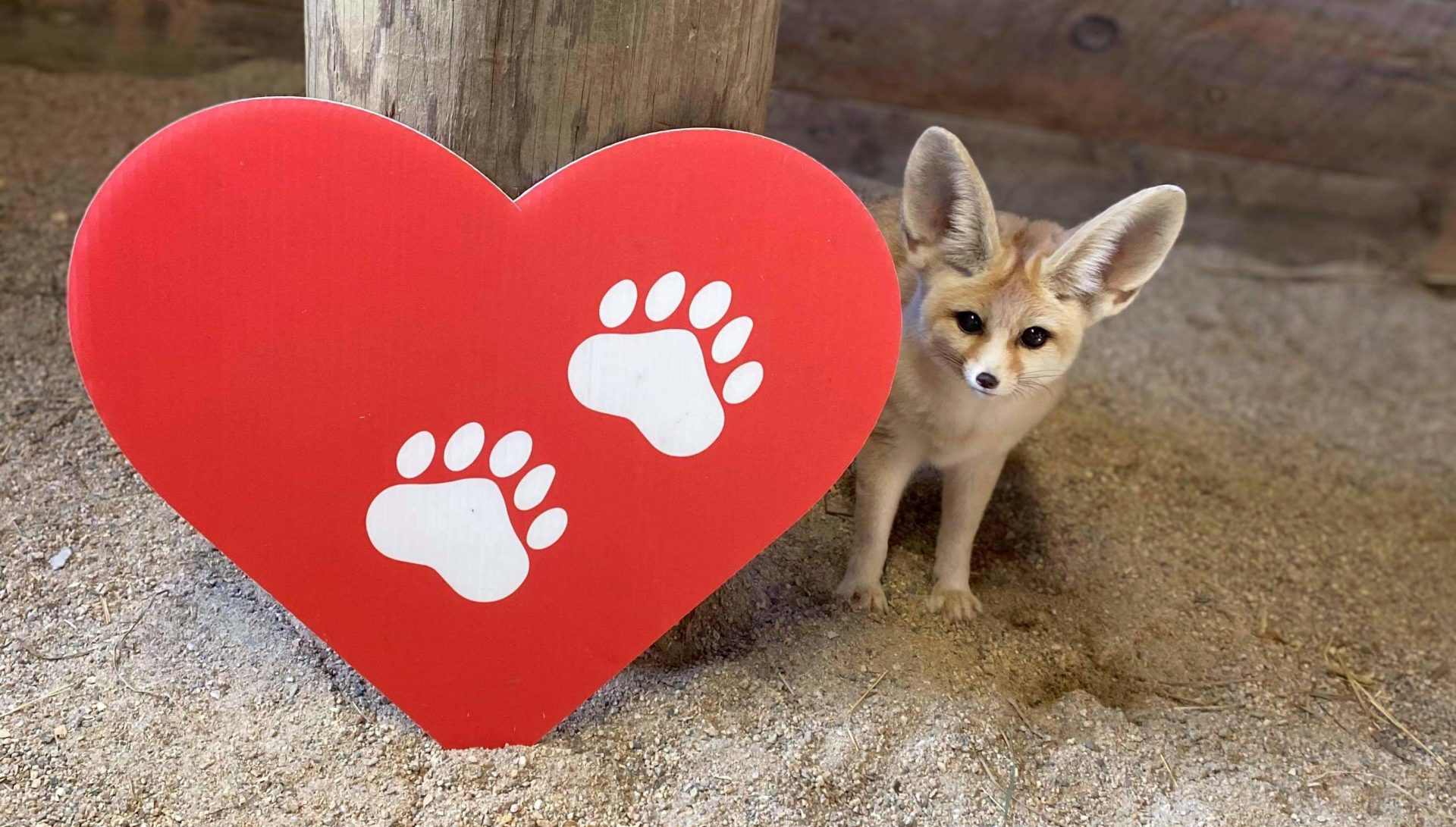 “We are asking individuals and organizations to put their hearts out there in support of BPZOO, and show they ’share the love‘ for animals, nature and our community,” said “Share the Love” Campaign Chair and BPZS Board Member, Patrice Coholan.  “It has been a tough year for so many and, in addition to raising meaningful funding for the Zoo, we want to spread a message of love, hope and ‘pawsitivity’ across the SouthCoast.”

For a minimum donation of $10, BPZOO supporters can help spread “pawsitivity” and love by placing a paw print adorned heart-shaped lawn sign at their home or business. Donations can be made by texting LOVEBPZOO to 41444, or click here. Signs are available for pick up at the Zoo 9:00 am – 3:15 pm, seven days a week.

“Throughout the course of this pandemic, guests to BPZOO have consistently expressed their appreciation for having a safe and tranquil place where their families can connect with nature,” said Buttonwood Park Zoo Director Keith Lovett. “Spending time with animals has been proven to reduce stress in people and the Zoo has been able to offer an outdoor environment where people can relax in the presence of amazing wildlife.”

Buttonwood Park Zoo is located at 425 Hawthorn Street in New Bedford and is open from 9:00 am until 4:00 pm daily throughout the winter. 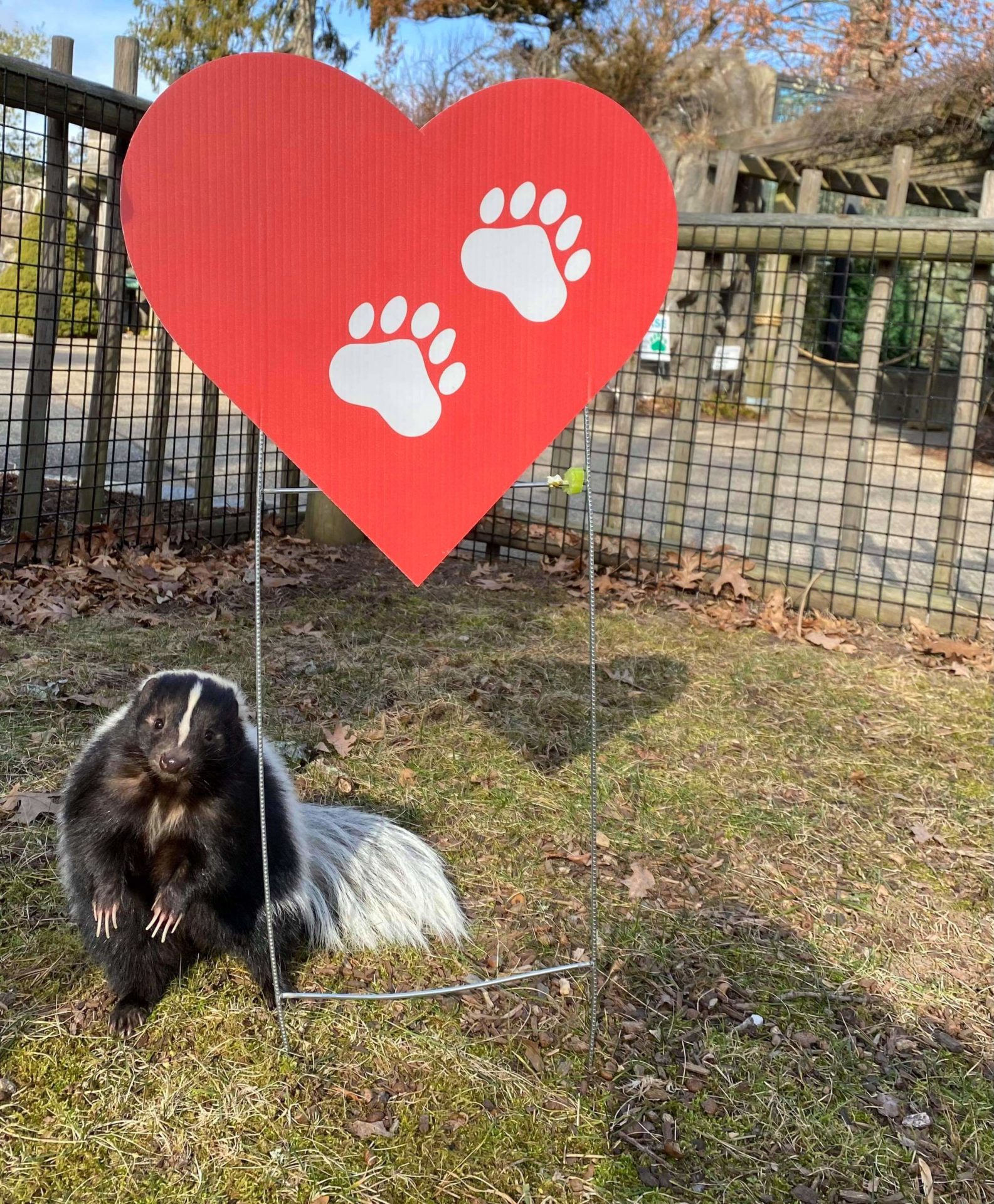 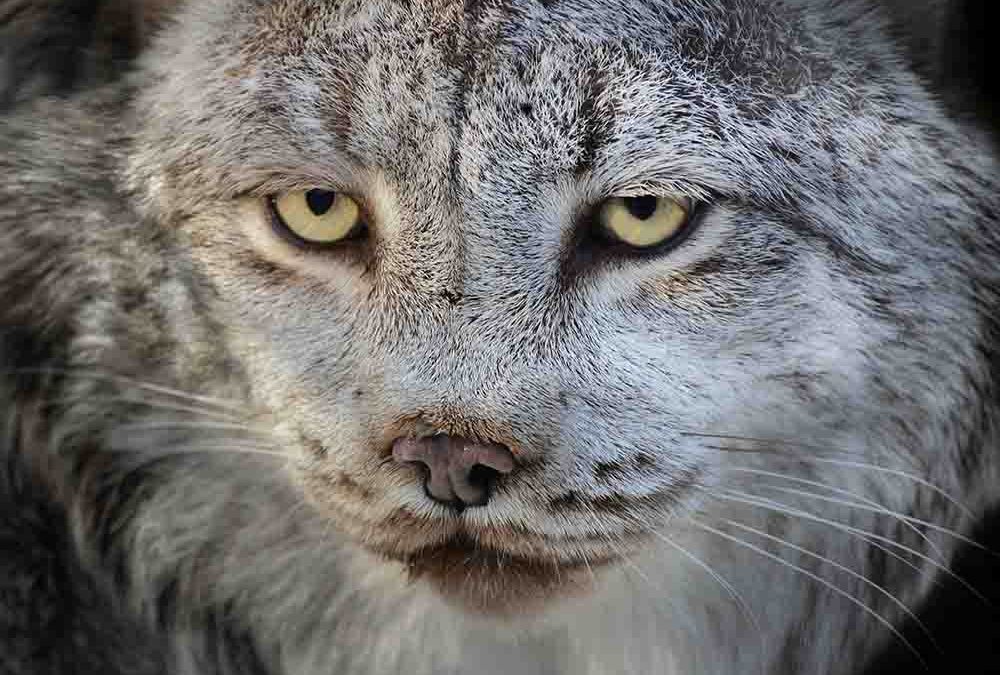 Recognized as the oldest living Canada lynx, Calgary had called BPZOO home since 2009.

At 20 years and seven months, Calgary was recognized as the oldest Canada lynx living at an Association of Zoos and Aquariums (AZA) accredited facility – and the second longest lived lynx in the historical population. 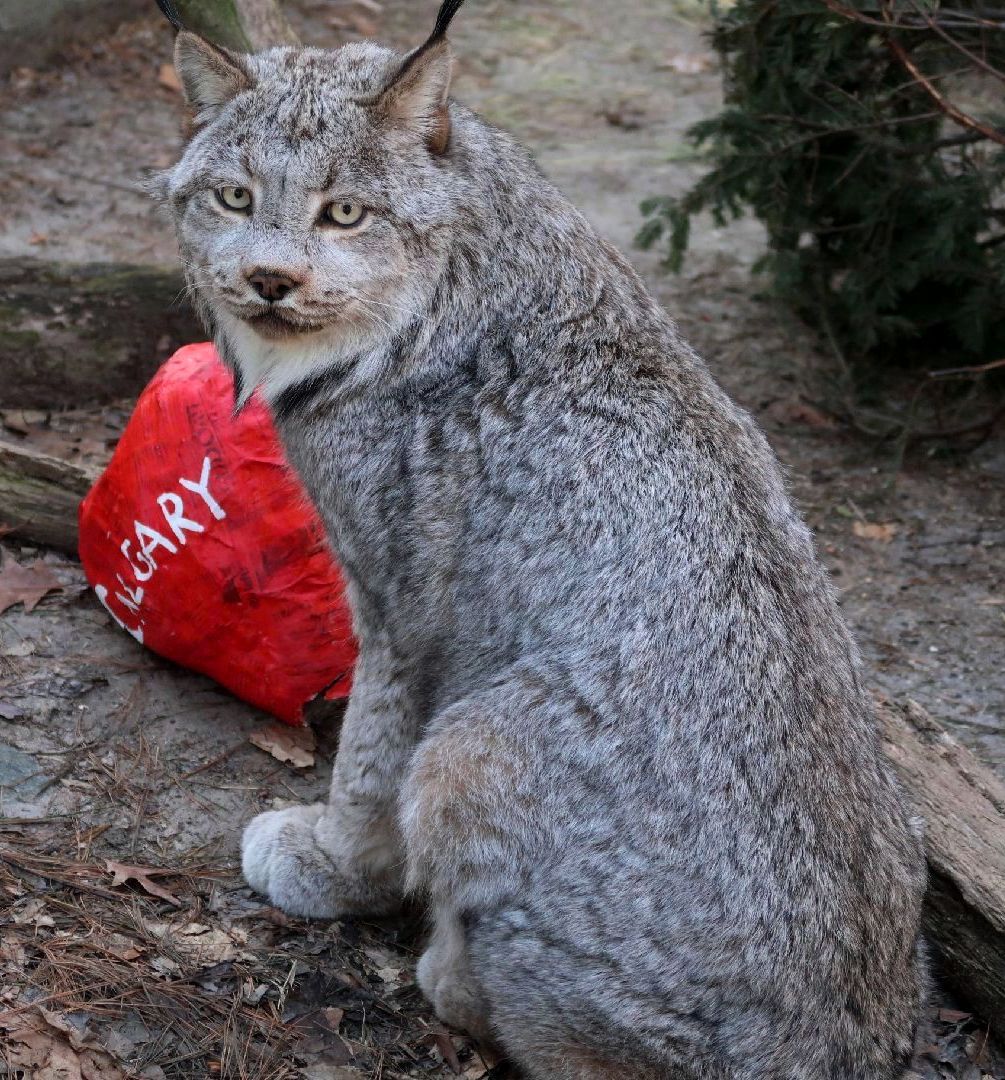 Cal, as he was affectionately called, was beloved by his zookeepers. They remember him as a laid back cat; very agreeable with training and husbandry exercises, but aloof when he wanted to be – only becoming interested in something just as his keeper was ready to move on.  Calgary was regularly seen in his habitat lazily snuggling in one of his elevated den boxes with his seven year-old mate Sylvie. Zookeepers knew his love of wild prey items, often acquired from local game officials, would always result in him demonstrating his wild cat behaviors.  Additionally, Cal was fond of keepers spreading scent enrichment throughout his habitat and he seemed to most enjoy spices including curry and paprika.  His caretakers already miss hearing his loud call during the winter months, observing his interaction with enrichment and seeing the pair curled up together in the morning.

“Our dedicated animal care, veterinary, and curatorial staff diligently work to meet the husbandry, behavioral, welfare, and veterinary needs at all stages of an animal’s life – from our youngest to our most geriatric animals,” said Keith Lovett, Director of the Buttonwood Park Zoo in a letter to the community earlier this year. “Geriatric animal care is an area that BPZOO dedicates many resources to and has had much success in.  The almost record-breaking longevity of Cal is a testament to the high quality and expertise of care provided here at the Zoo.  Zoo staff will dearly miss Cal, but they take solace in knowing how impactful his presence at the Zoo was in inspiring guests to appreciate his species and to protect natural environments of North America.”

Dr. Erica Lipanovich, BPZOO’s staff veterinarian, examined Calgary on Saturday, December 26, 2020 after his caretakers noticed a lack of stability in his back legs and reported that he was not interested in offered food. “During his examination it was determined that Calgary was suffering from end stage kidney disease as well as there being evidence of potential cancer. Due to his poor prognosis and advanced age, the decision was then made to humanely euthanize him.”

Calgary will be deeply missed. 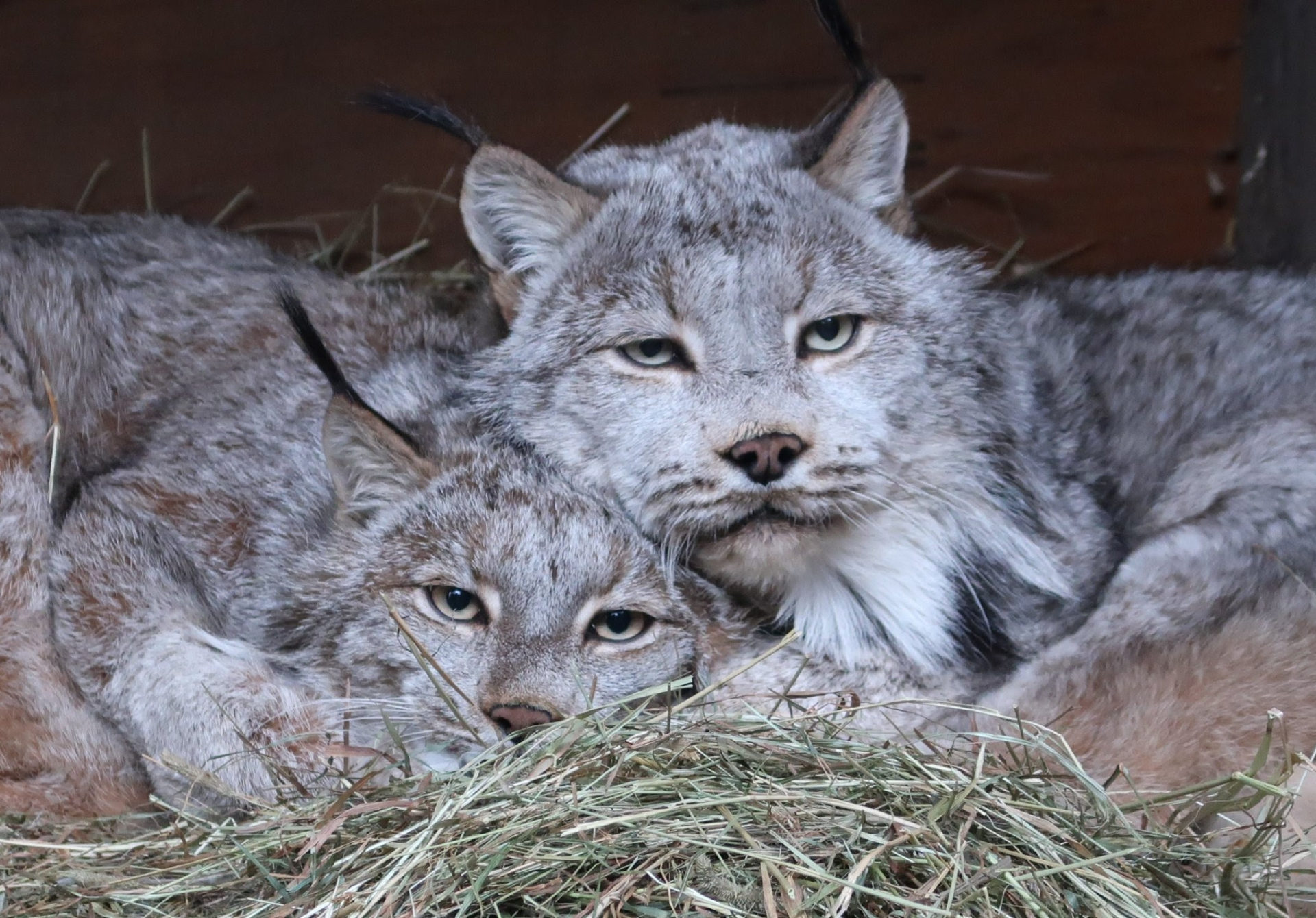 Canada lynx (Lynx canadensis) are listed as Threatened under the United States Endangered Species Act due to lower population size and inadequate protection of habitat on Federal lands. Within the northern boreal forest regions of North America, they are listed as Least Concern according to the International Union for Conservation of Nature as they are more widespread and abundant. Their range coincides with that of their main prey, the snowshoe hare. BPZOO will continue to work with AZA’s Canada Lynx Species Survival Plan program to cooperatively manage animal populations within AZA accredited zoos to ensure the sustainability of a healthy and genetically diverse population while enhancing the conservation of this species in the wild.