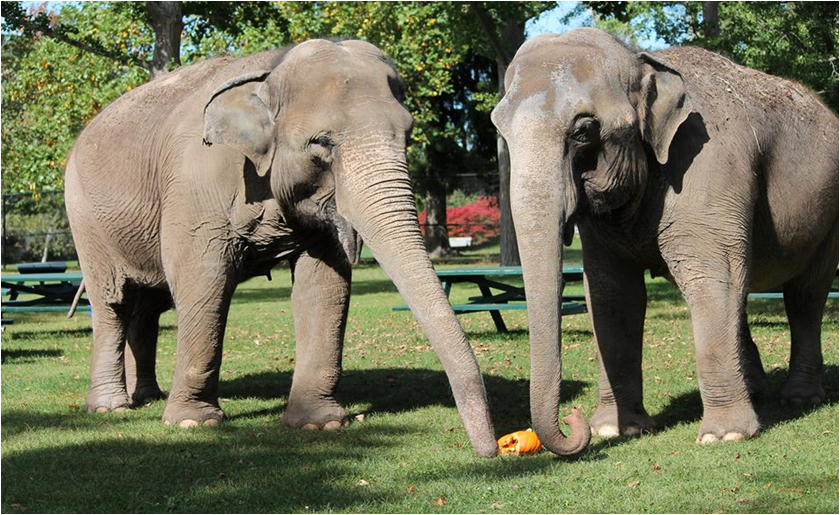 New Bedford, Massachusetts – The Buttonwood Park Zoo (Zoo), the 12th oldest zoo in the country and one of only 229 Association of Zoo and Aquarium accredited facilities in North America, recently invited a panel of experts to perform an independent review of its Asian Elephant Program.

The panel has released to the Zoo a thorough report of its findings. Overall, the panel gave the Zoo a very favorable review. Of particular note, the panel found “The BPZ Elephant staff is stable, experienced, and fully supported by Zoo leadership… Further, the BPZ Elephant team boasts an impressive combined amount of hands-on experience in both the zoo profession generally, and specifically working closely with elephants.”

The independent review was recommended by the United States Department of Agriculture in response to animal welfare complaints filed by local and national animal activist groups regarding the care of the Zoo’s elephants. The panel of experts included a recognized industry leading elephant veterinarian with vast experience working with elephants in zoos and sanctuaries, a nationally renowned veterinary behaviorist, and a captive elephant management expert.

The Buttonwood Park Zoo is home to two female Asian elephants. Emily, 51 years of age, has resided at the Zoo since 1968. Ruth, 56 years of age, was brought to the Zoo in 1986 after being abandoned on the side of the road in a trailer by her previous owner. Ruth, who was subjected to significant abuse prior to coming to New Bedford, arrived at the Zoo with a partially paralyzed trunk and other significant medical issues.

Emily and Ruth have lived together for the last 29 years and Zoo officials have previously announced that Emily and Ruth will be the last elephants to reside in Buttonwood Park Zoo. The Zoo is about to begin construction on an elephant habitat renovation project that will provide a significant expansion of the elephant habitat, modernization of the elephant barn, installation of a heated outdoor shelter, enhanced guest viewing opportunities, creation of conservation messaging graphics, and aesthetic upgrades to the existing exhibit and barn.

The independent panel also, “thoroughly evaluated the medical and behavioral health, husbandry practices, and welfare status of both elephants at Buttonwood Park Zoo prior to, during, and subsequent to their site visit on June 15 – 17, 2015. In concert with the panels’ in depth, first-hand observations, the consultants were provided unconstrained access to the elephants, facilities, keepers, and records (medical records, daily reports, and video recordings) in order to ensure a comprehensive assessment on which to make their recommendations.”

The panel report contradicts complaints filed by activists that claim Emily and Ruth are incompatible and that Emily regularly demonstrates aggressive behavior towards Ruth. The panel reported “During all interactions with keepers as well as unstructured “elephant time”, no agonistic or aggressive behaviors were observed between Ruth and Emily throughout all hours of observation – directly and on videotape.” and “our meticulous review of videos labeled by BPZ critics as evidence of “aggressive” and/or “dominant” behaviors failed to reveal any signs of social conflict and were clearly misinterpretations of benign social signals and interactions.”

In addressing activists calls for Emily and Ruth to retire to an elephant sanctuary, the panel found: “Based on the long-established bond between the elephants and their caretakers, transfer of one or both elephants at this stage of their lives would expose the elephants to unjustifiable and undue stress. Likewise, with the strength of the affiliative bond evident between Emily and Ruth, transferring one or both to separate facilities would be ill-advised.”

Buttonwood Park Zoo Director, Keith Lovett, in response to the report stated, “The panel performed a very thorough review of our elephant program. The panel confirmed what we have always known to be true: we are doing a good job caring for Emily and Ruth. Additionally, the panel provided excellent guidance and suggestions on how we can further improve our program. These recommended program enhancements along with the elephant habitat improvements we will be making over the next year will result in an even more stimulating and comfortable home for Emily and Ruth in their remaining years here in New Bedford.”