We want our zoo members to be the first to meet our two otter pups as they make their debut on exhibit! Monday night will be your first opportunity to see the otterly adorable pair. The pups will debut at 6:00pm followed by their gender reveal at 6:30pm. Special thanks to Cravings Cafe and Cakery of Dartmouth for donating a delicious gender reveal cake to celebrate the occasion. Zoo members will also enjoy free carousel rides, face-painting and river otter related activities.  Zoo members will also be able to vote on their favorite names for the two pups on Monday night. The winning names will be revealed on Tuesday morning.

Please note: Limited zoo access. Certain areas of the zoo will not be open.

Not a zoo member? It’s not too late to join and celebrate with us on Monday night. To become a zoo member, please visit our Membership Page. 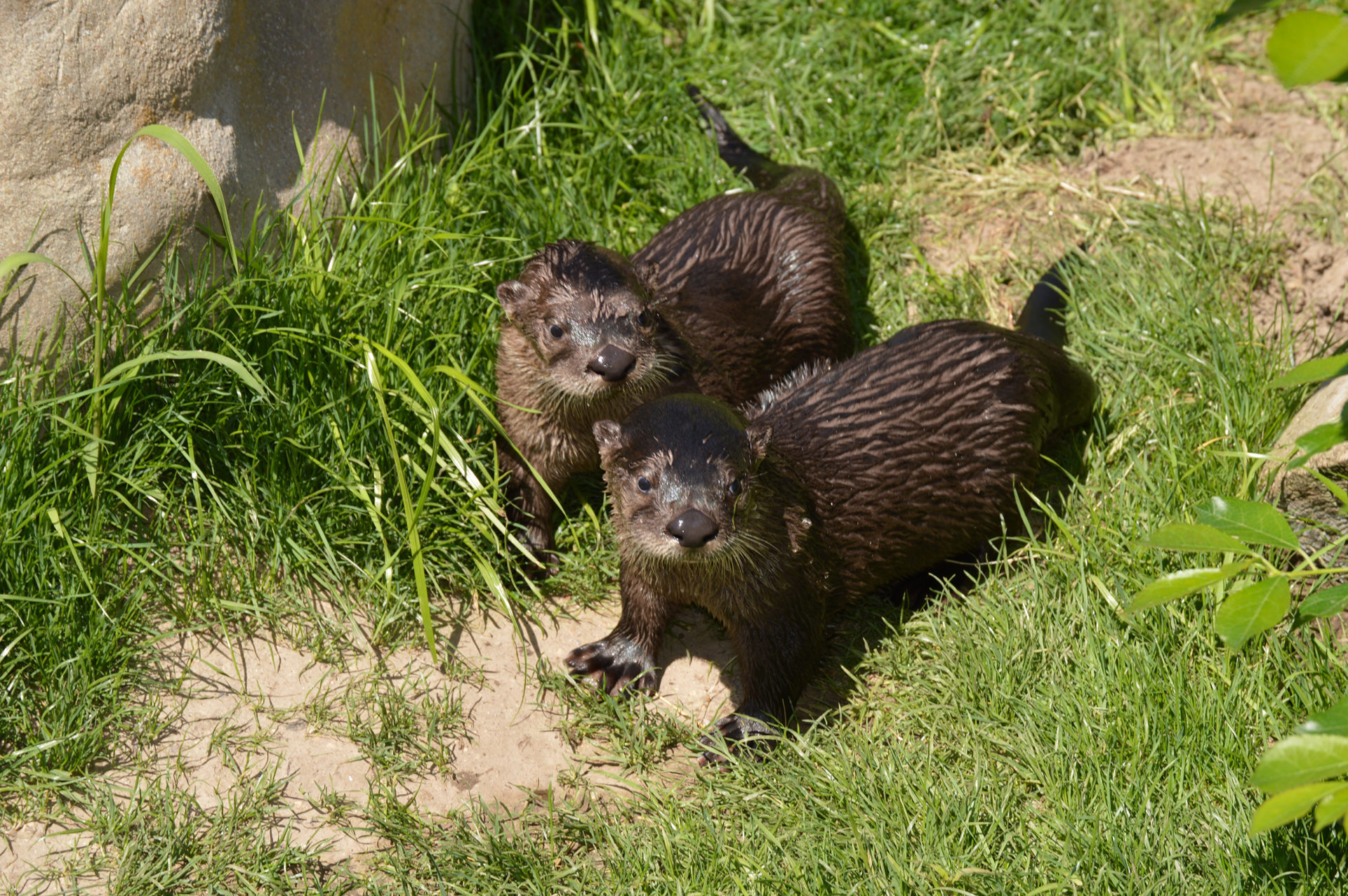 er pups, will make their public debut Tuesday morning. The names of the two female pups are Cinnamon and Sugar.

The two North American river otter pups were born to first time mother, Dani, on March 19, 2014. Dani, 3 years old, arrived at the Buttonwood Park Zoo in April of 2013 from the Saint Louis Zoo and has since lived with the Zoo’s two 4 year old male river otters, Duncan and Donut. Based on behavioral observations by the animal care staff, it has been determined that Duncan is the father of the new pups. The birth of these otter pups are result of a breeding recommendation of the Association of Zoos and Aquariums (AZA) North American River Otter Species Survival Plan (SSP). The goal of the SSP is to cooperatively manage otter populations within AZA accredited zoos to ensure the sustainability of a healthy and genetically diverse population.

Since the pups’ birth, the Zoo’s veterinary and animal care staff have been monitoring the growth of the otter pups. Dani and the pups have resided in an off-exhibit area of the Zoo while the pups matured and learned to swim. Shortly after birth, the two pups weighed about a quarter of a pound each and have steadily grown to their current weight of six pounds. Otter pups are born almost helpless and require significant care by their mother to survive. Although this is the first litter delivered by mother Dani, she has proven to be a caring mother and has done an excellent job raising the pups. As is normal for the species, the pups did not open their eyes until four weeks after birth.

When discussing this birth, Director of the Zoo, Keith Lovett, stated that “This is an exciting birth for the Zoo! River otters are one of zoo guests’ favorite animals and this birth will allow the community to watch these pups grow to adulthood throughout the year while also learning conservation information about this local species.”
North American river otters can be found throughout the United States and Canada in freshwater ponds, lakes, and marshland habitats. The otters’ diet consist mainly of aquatic organisms, such as fish, turtles, crabs, and other aquatic invertebrates. By the early 1900s, river otters had declined throughout large portions of their historic range in North America due to water pollution, habitat loss, and unregulated trapping. Reintroduction projects and conservation initiatives have allowed river otter populations to re-establish in many of their native habitats.

Please direct any questions or requests for more information to Larissa Correia at (508) 991-4556 x 18 or email LCorreia@bpzoo.org.