The following piece appeared in the Standard Times on April 23, 2014 and can be read on www.southcoasttoday.com.

By Shara Crook
Shara Crook is the curator of the Buttonwood Park Zoo and lifelong resident of New Bedford.

By now, many are aware of the campaign that has been directed at our City Council members, asking them to remove our elephants Emily and Ruth from the Buttonwood Park Zoo and send them to the Elephant Sanctuary. Make no mistake this campaign isn’t about Emily and Ruth. This is about people and organizations
that don’t want elephants in any zoo, never mind ours. I’d like to say I admire their passion, but my distaste for the tactics being used has overshadowed any respect I may have once had for them.

As a lifelong resident of New Bedford and a city and zoo employee, I refuse to sit by quietly watching current Zoo Director Keith Lovett continually criticized for doing his job and doing it well. Many will argue that I am too close to the issue to be objective. Since I have been part of the team taking care of Emily and Ruth and all
the animals at your zoo for over 20 years, you’d better believe I’m close. Three mayors, four zoo directors and dozens of staff members have come and gone. I helped tear down the old zoo, build the new zoo from the ground up, and achieve and maintain our accreditation. You’d better
believe I’m close.

Blood, sweat and many a tear have been shed by me over the years, during the good times and the bad. I’ve been here to witness births and mourn deaths. I’ve been here to celebrate the successes and work through the failures. I started at the bottom and worked my way up. There isn’t a job I haven’t done in this zoo —
including interim director — so yes, I’m close.

I’ve dedicated my professional career to your animals and your zoo, and because I’m close, I can say without a shadow of a doubt that Keith Lovett is someone that you should be proud and honored to have as the director of this zoo. He is professional, passionate, and, above all, dedicated to helping achieve excellence.
The changes here during his short tenure have been phenomenal. I see it on a daily basis throughout the zoo; in the animal habitats, the grounds, animal care and education programs, in the staff. Through his efforts the Buttonwood Park Zoo received a full five-year accreditation from the Association of Zoos and Aquariums
less than a month ago.

Keith Lovett is doing an amazing job, and I am proud to be associated with him. I support his leadership and the animal management decisions he is making, and ask that the citizens of New Bedford support him as well. 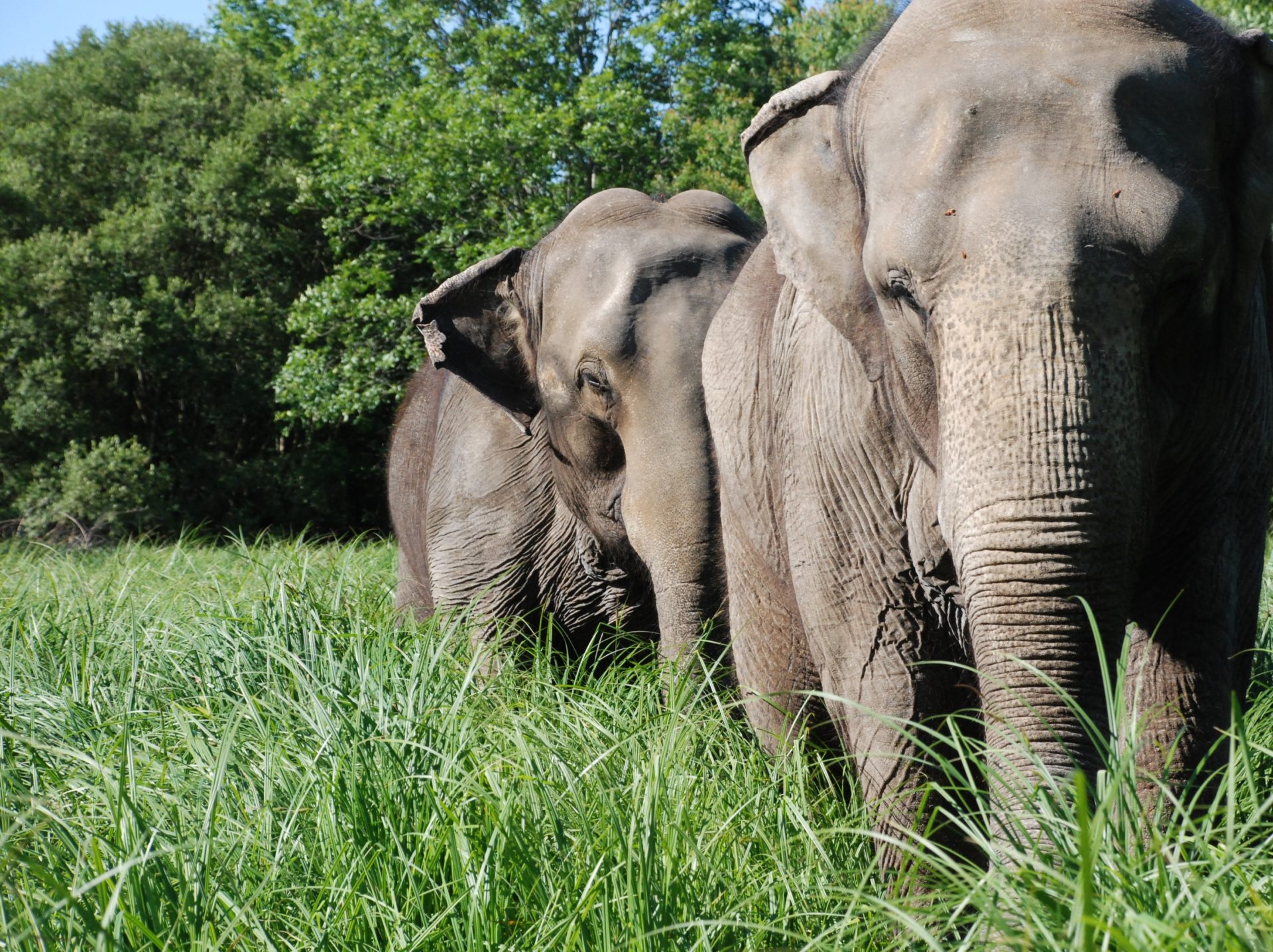 By Keith Lovett, Zoo Director of the Buttonwood Park Zoo

A well-meaning but misinformed group known as Friends of Ruth and Emily has made it its mission to raise questions about the Buttonwood Park Zoo’s Asian elephant program.

It has demanded and received thousands of pages of zoo files in an effort to discover a “smoking gun” document — all without success. Joyce Rowley, its leader, has proclaimed herself the “Elephant Lady”, but, in truth, has no expertise with elephants.

A sad irony of Ms. Rowley’s effort to somehow “expose” the zoo is that it comes at a cost to the zoo and the animals she professes to care so much about. The Buttonwood Park Zoo is home to over 50 species. The top priority of the small staff is to ensure these animals are always receiving the best possible care.

However, these days, all too often our staff is distracted by the demands of FORE detractors who send off request after request for our records. FORE’s dozens of requests, many of which are frivolous, have now consumed hundreds of hours of staff time that could be much better spent. It has found nothing of substance, instead poaching documents for words or phrases that, taken out of context or misconstrued, lend themselves to sensational allegations.

Lack of expertise is a major challenge for FORE and has prevented it from accurately interpreting records. The result is often erroneous or incomplete information shared with the public. To be sure, the zoo does its best to respond, but our efforts often prove counterproductive, as the response just provides a public opportunity for FORE to repeat its assertions.

The recent FORE letter to The Standard-Times (“Your View: Director’s view on elephants remains biased,” April 4) is a particularly egregious example. The letter was riddled with false statements, but three stand out:

The Association of Zoos and Aquariums opposes retiring elephants to sanctuaries; Ruth is regularly attacked by Emily; and the zoo has not provided proper medical treatment for Ruth.

The Buttonwood Park Zoo was recently successfully accredited by AZA. This is our third consecutive accreditation. In receiving this accreditation, we have been recognized as one of the top zoos in the nation.

AZA requires that member zoos meet the highest standards in all aspects of its operations including animal acquisition and disposition. AZA requires that animal dispositions from an AZA institution be sent to another AZA or other qualified facility. AZA also mandates that the director have the final authority on animal management. This policy prevents other governing authorities that lack zoo expertise from making animal decisions.

In short, the public can have confidence that the AZA would support a decision to send Ruth and Emily to another qualified facility, including a sanctuary, if it was in the best interest of the elephants. Zoo management has assessed relocation opportunities and determined that the best option is for them to remain in New Bedford in an improved habitat.

The FORE letter also claims that Emily regularly “attacks” Ruth. Their gross mischaracterization says more about FORE than it does about our elephants. What FORE, as amateur document interpreters, is lacking is the ability to identify and differentiate aggressive elephant “attacks” versus normal social interactions. Qualified interpreters of our records won’t find “attacks.” They will find elephants behaving like elephants.

I recently spoke with a founder of the Elephant Sanctuary who acknowledged occasional aggression among their herd. That is no surprise, because normal behavior includes physical interaction and occasional mild aggression.

The original pairing of Ruth and Emily was challenging and there was some aggression. Today, Emily and Ruth are essentially roommates, and roommates occasionally have disagreements. For example, there have been occasions when Emily may bump Ruth — often to get to a favored food first. If this happened with your children or your pets, would you call it an “attack”?

As someone who has worked with hundreds of animal species and observed many elephant herds in the wild, I can assure you that Emily and Ruth are doing well together.

FORE have also questioned the treatment of bacterial infections in some of Ruth’s extremities. The medical care of Ruth has been superb, with oversight by five regional veterinarians with significant zoo experience. The broad use of antibiotics can result in gastrointestinal issues that can prove fatal in elephants, so the zoo has been carefully treating Ruth with several cycles of oral and topical antibiotics since early January.

Ruth is making excellent progress and will hopefully have no long-term effects from her recent medical conditions.

The public should know that seasoned, dedicated zoo professionals are the ones deciding what’s best for our elephants. That is exactly how it should be. I am proud of our efforts to provide care to Ruth and Emily and all the other animals entrusted to us.

I encourage everyone to visit and see for themselves the inspiring work happening every day at the Buttonwood Park Zoo.