Once abundant in North America, the bald eagle became rare in the mid-to-late 1900’s due to trapping, shooting, and poisoning as well as pesticide-caused reproductive failures. In 1978, the bald eagle was listed for protection under the Endangered Species Act. Since 1980, gentler treatment by humans along with the banning of DDT (the bird’s main pesticide threat) have led to a dramatic resurgence. This species has undergone a large and statistically significant increase over the last 40 years in North America, equating to a 779% increase over 40 years!

The Zoo is home to two rescued bald eagles. Our male eagle, Taz, came to us in 2004 from a rehabilitation center in Alaska after he was injured by flying into a power line. He was not able to be released due to the extent of his injury, but now has a forever home here at the Zoo alongside our rescued female bald eagle. Our female eagle, Birda, was found in Massachusetts as a juvenile. She was emaciated and had a severe eye injury which needed to be removed. These majestic birds were not able to be returned to the wild and the Zoo has been able to provide a permanent home for them.

Seacoasts along rivers, near large lakes, oceans and other large bodies of open water

Primarily fish, but they also eat birds, reptiles, amphibians, invertebrates such as crabs, and mammals including rabbits and muskrats.

Juvenile bald eagles have mostly dark heads and tails with mottled brown wings and bodies. They attain their adult plumage and pronounced white heads around five years of age. 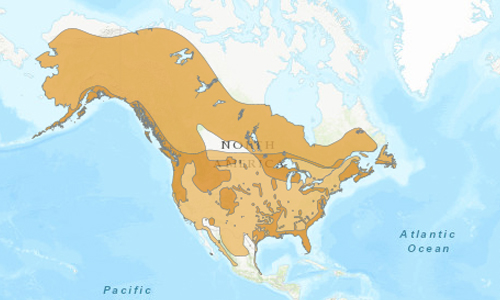