threats
This species is undergoing an extremely rapid population decline, as measured by numbers on both the breeding and wintering grounds. It is now absent or occurs in extremely reduced numbers over the majority of its former breeding and wintering grounds and is common nowhere. It is thought that wetland destruction and over-harvesting of both birds and eggs are the key reasons for its decline.
Committed to Conservation

The Buttonwood Park Zoo participates in the Association of Zoos and Aquariums Species Survival Plan (SSP) for Baer’s Pochard. The goal of the SSP is to cooperatively manage animal populations within AZA accredited zoos to ensure the sustainability of a healthy and genetically diverse population while enhancing the conservation of this species in the wild.

Breeds around lakes or flooded meadows. Winters on freshwater lakes and reservoirs

10 – 12 years
Did you know?
The global population of this critically endangered species is likely less than 1,000 individuals 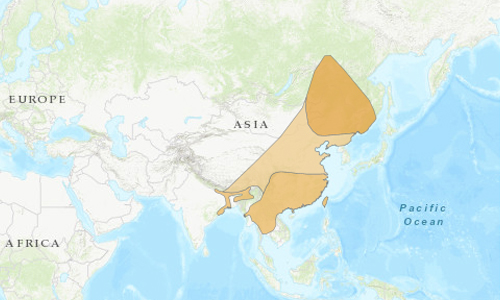 Extremely high risk of extinction in the wild